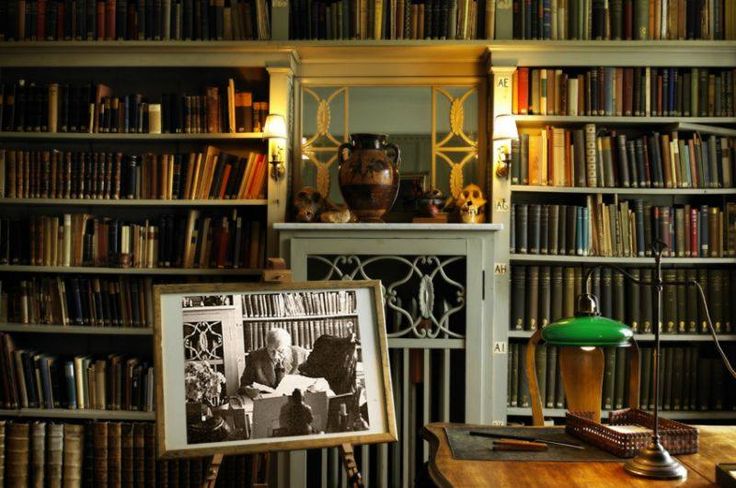 “The main content of Jung’s private library was contemporary literature of the 19th and 20th century, mainly about medicine, psychiatry, psychology and philosophy. Additionally there are a great number of books on antique cultures, gnosis, christian symbols, eastern religion, ethnology and occultism. The library also contains a collection of about 300 rare books (printed before 1800) on alchemy, theurgy and kabbala, as well as antique literature on dreams, writings of church fathers and of the latin and greek classic.”

In these times: there is a need for a new understanding of community and the role of technology in the life of that community. We need an understanding of what the current pandemic of the COVID-19 virus is doing to our notion of community; both locally, nationally, and as a world community. One way that leads to this understanding is through Jung’s description of the individual and the role of archetypes as the means by which we are all human beings united in a community.  Jung is primarily thought of in terms of providing a particular type or method of analysis to be used in the therapeutic process for people with mental conditions. However, Jung is much more than that. He provides a paradigm of how the human mind works in understanding the world, a paradigm that encompasses both the Western and Eastern explanations of  human life.  To limit Jung to being a psychoanalyst is like saying Frank Lloyd Wright was a person who built buildings.

How to use the Eranos Community. {Note that not all pages are complete}

This is the Home page - and this section will be for information about how to use the website and what is happening with the San Antonio C G Jung Center.

Pages 2, 4, and 8 will have a list of articles related to the topic of this page. Any member of the Centre may submit an article for inclusion on a page. Discussion of articles is done at 5. Forum.

Page 2. Education - Learning Jung are articles about the individual books that Jung wrote, the major Jungian apologists, and major concepts in the Jungian world view {such as Archetypal Psychology}

Page 3. Calendar is a listing of both Jung education events and artistic performances of interest to people with an interest in Jung.

Pages 4. Renaissance Pages and 8. Enlightenment Pages are dedicated to those major periods in the historical development of the Western world view.

Page 5. Form is a discussion blog.

Page 6. Links are links to other web pages dedicated to Jung or to the arts.

Page 7. Contact is a way to send an email to the administrators of this web page.

As Virginia Woolfe wrote in the preface to "Common Reader" First Series:

There is a sentence in Dr. Johnson's Life of Gray which might well be written up in all those rooms, too humble to be called libraries, yet full of books, where the pursuit of reading is carried on by private people.

". . . I rejoice to concur with the common reader; for by the common sense of readers, uncorrupted by literary prejudices, after all the refinements of subtilty and the dogmatism of learning, must be finally decided all claim to poetical honours."

It defines their qualities; it dignifies their aims; it bestows upon a pursuit which devours a great deal of time, and is yet apt to leave behind it nothing very substantial, the sanction of the great man's approval.

The common reader, as Dr. Johnson implies, differs from the critic and the scholar. He is worse educated, and nature has not gifted him so generously. He reads for his own pleasure rather than to impart knowledge or correct the opinions of others. Above all, he is guided by an instinct to create for himself, out of whatever odds and ends he can come by, some kind of whole--a portrait of a man, a sketch of an age, a theory of the art of writing. He never ceases, as he reads, to run up some rickety and ramshackle fabric which shall give him the temporary satisfaction of looking sufficiently like the real object to allow of affection, laughter, and argument. Hasty, inaccurate, and superficial, snatching now this poem, now that scrap of old furniture, without caring where he finds it or of what nature it may be so long as it serves his purpose and rounds his structure, his deficiencies as a critic are too obvious to be pointed out; but if he has, as Dr. Johnson maintained, some say in the final distribution of poetical honours, then, perhaps, it may be worth while to write down a few of the ideas and opinions which, insignificant in themselves, yet contribute to so mighty a result.